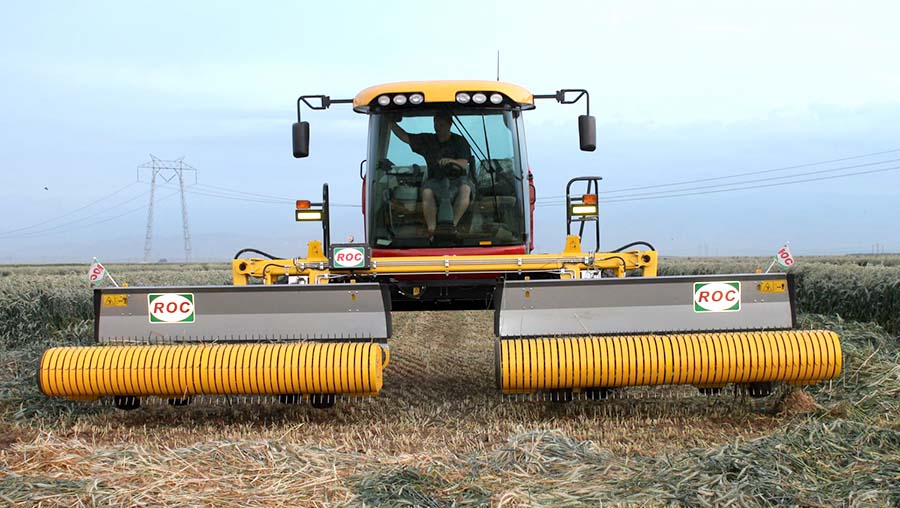 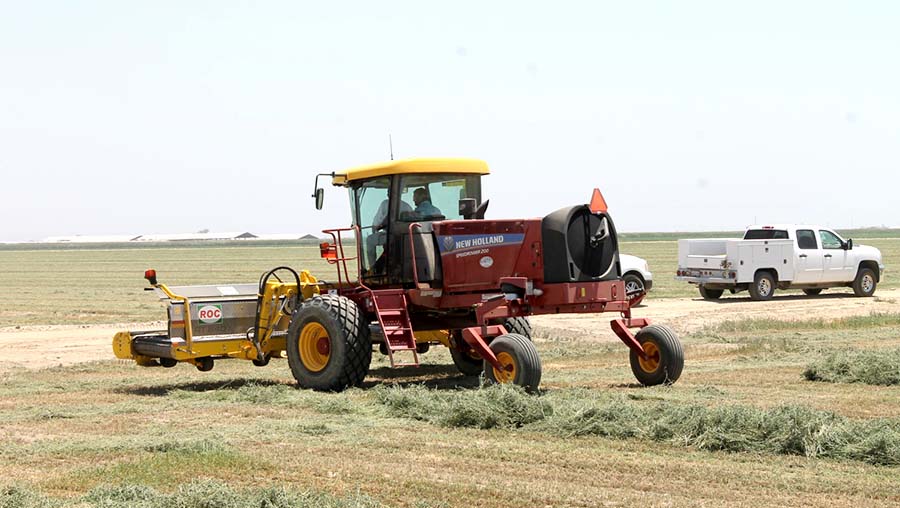 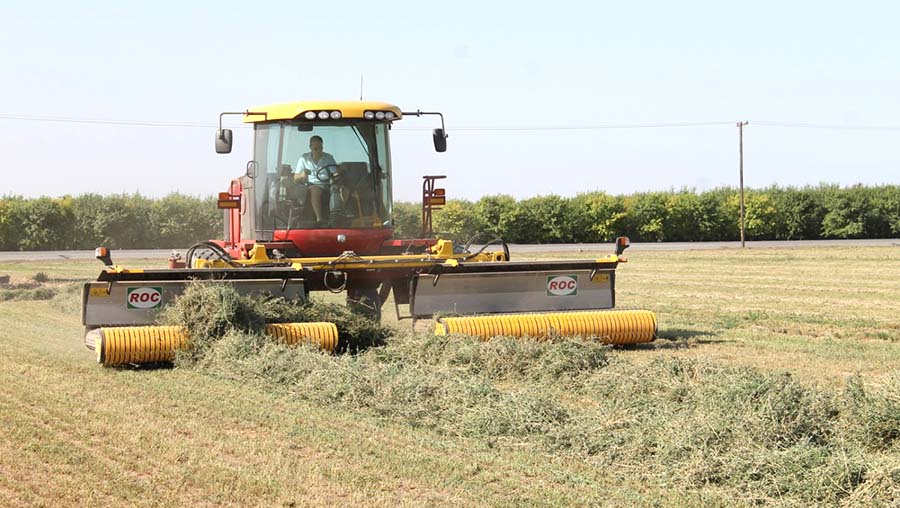 The Continuous ROC Mergers RT 840 represents the symbol of a revolutionary raking system because it’s designed to be work frontally to the tractor of a wind rower. It has got a variable working width going from 5,9 m up to 8,35 m thanks to a double hydraulic rocker arm system that allows to change the distance between the two pickups, even during the working phase without the need to stop the machine. These differences lead to: