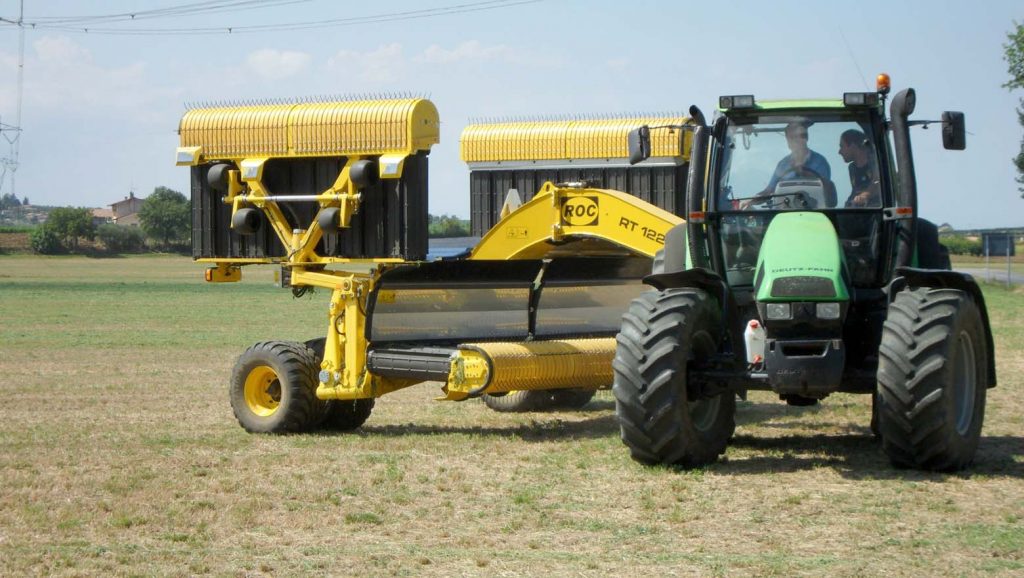 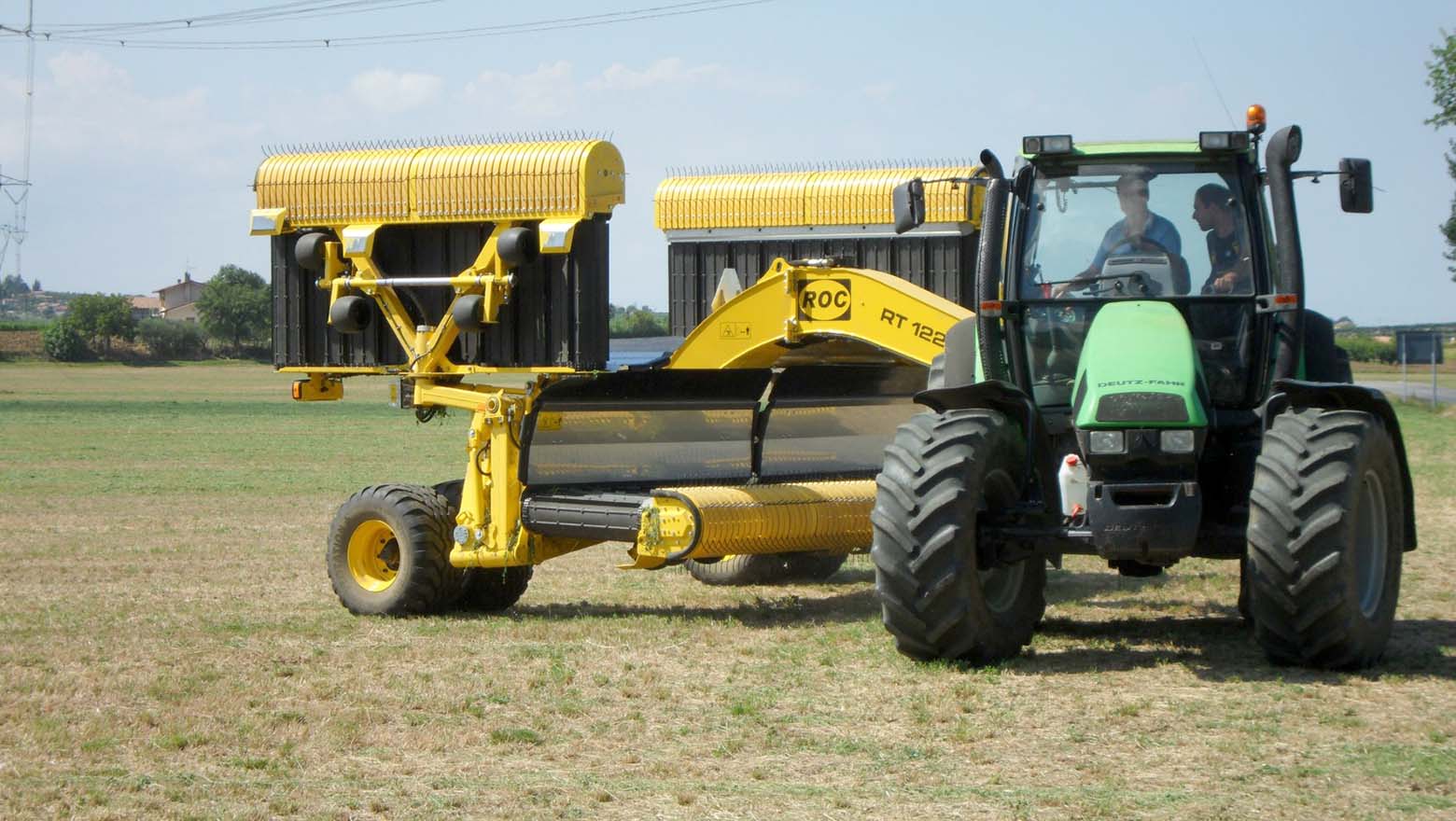 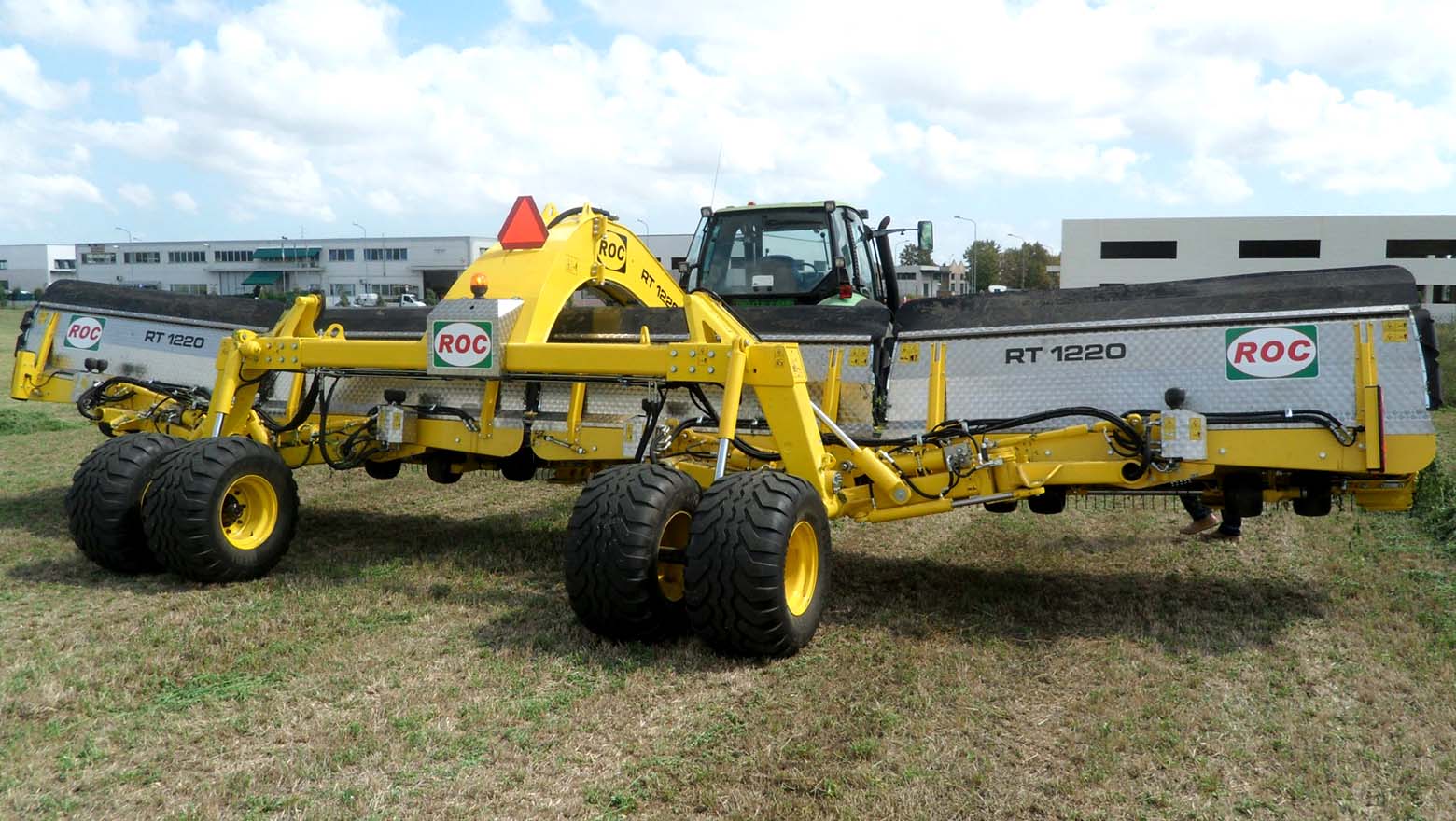 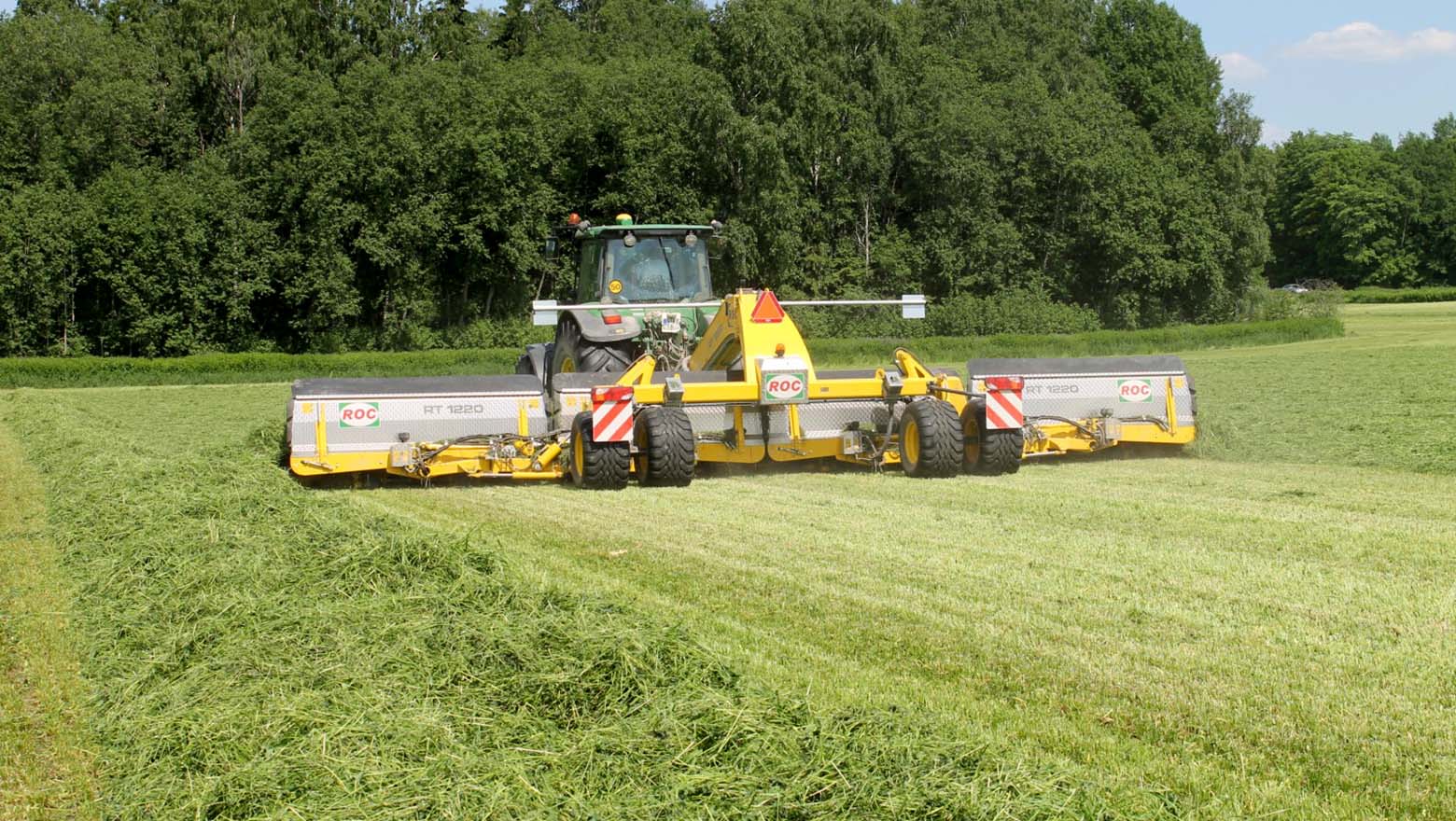 The continuous ROC Mergers RT 1220 is the biggest merger in the world and it represents the symbol of a revolutionary raking system. The main difference compared to traditional rakes is represented by  the pick-up system: the ROC Mergers RT 1220 lifts the crop in order then to transport it on a conveyor belt, whereas traditional rakes drag the crop on the ground up to the windrow. This difference leads to: