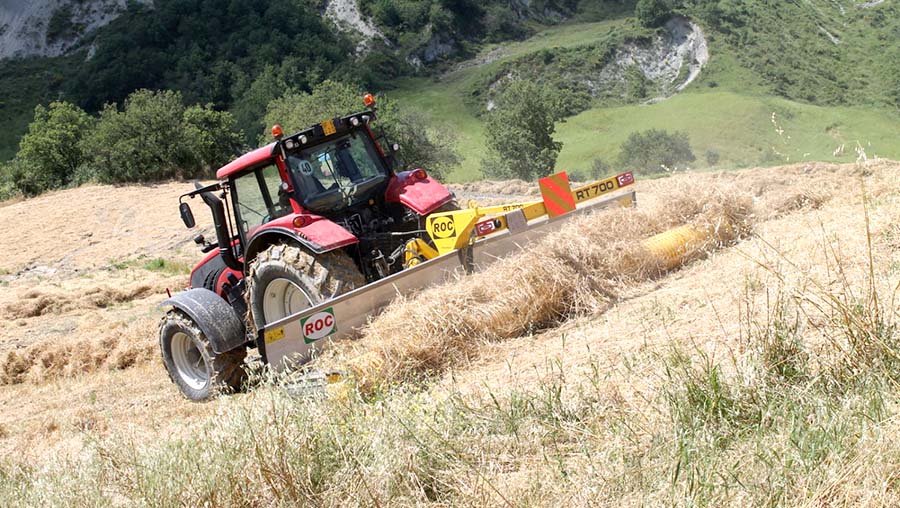 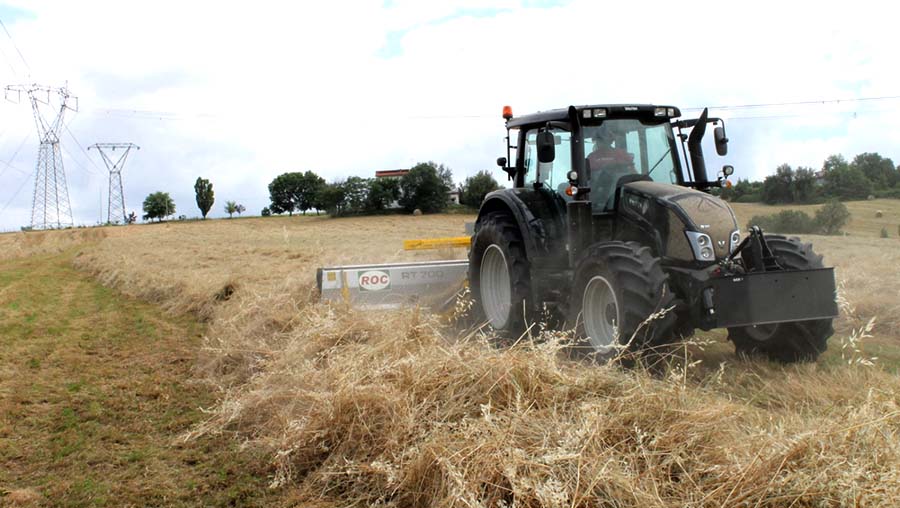 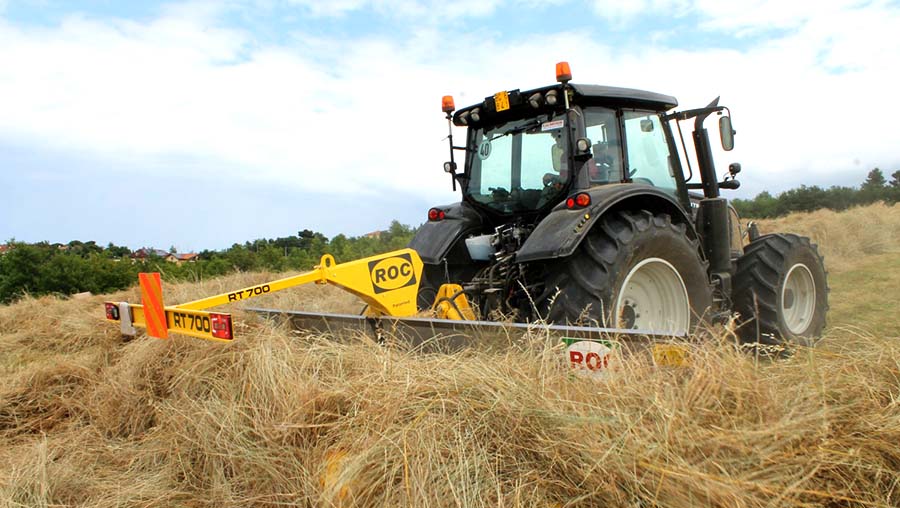 The Continuous ROC Mergers RT 700 represents the symbol of a revolutionary raking system. It has got a working width of 7 m and a pick up width of 5,9m. It is possible to unload one belt on the right and one belt on the left or both belts can go to the right or to the left. The main difference, compared to traditional rakes, is represented both by the pick up system: the RT 700 lifts the crop in order then to transport it on a conveyor belt, whereas traditional rakes drag the crop on the ground up to the windrow; and by its own position: in fact, the RT 700, unlike the other rakes, can be used on reverse drive or in front of a tractor (only while using it in the field). These differences lead to: